A mom's return to racing. 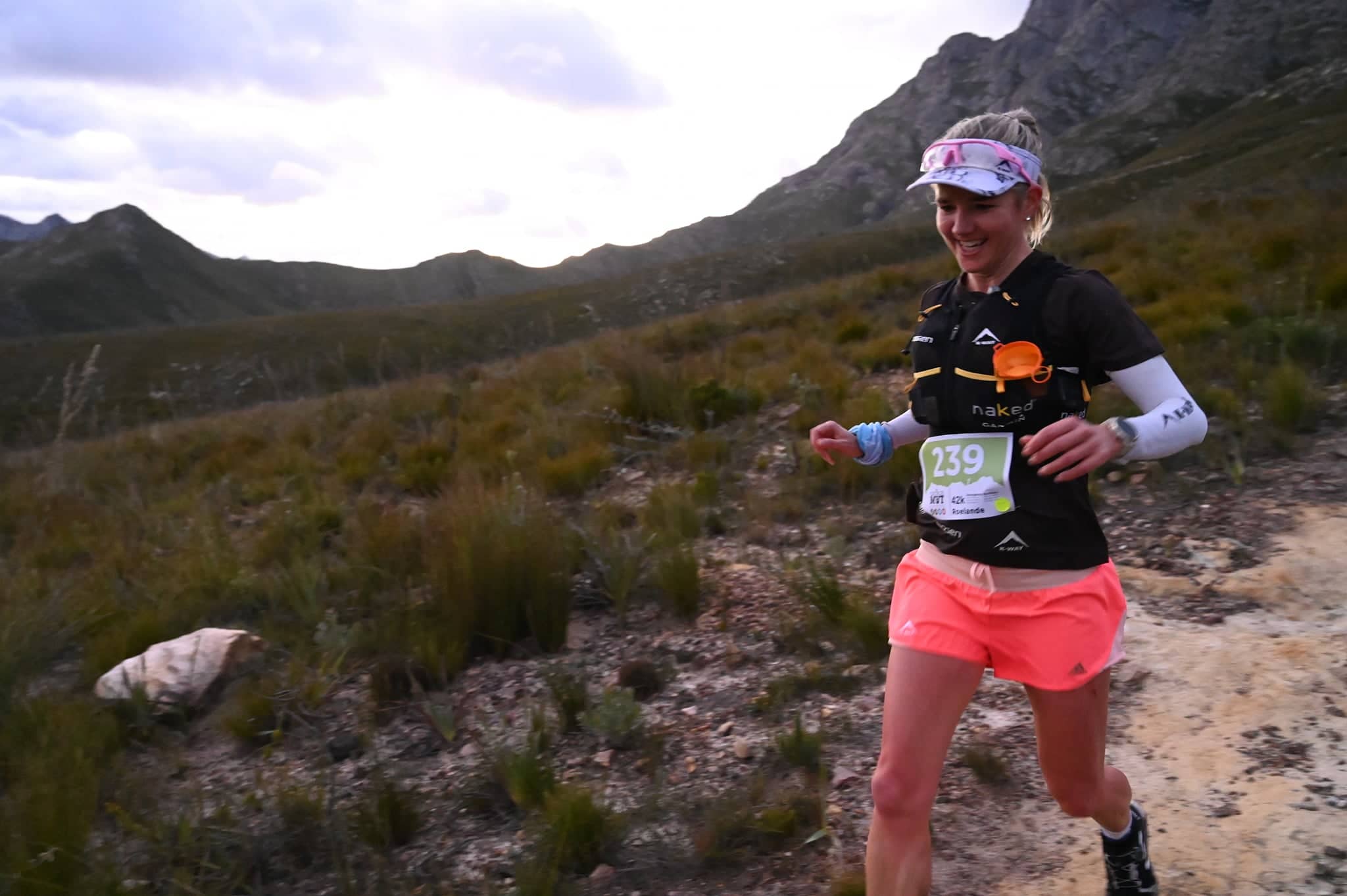 In May, when it was announced that the George Mountain Ultra Trail (MUT) would also present a marathon distance in addition to the already existing 60k and 25k options, the idea grew in my mind that I could use it as long run preparation for my goal race, Whale of Trail.

It was a jump into the deep end, knowing it was a mere 4 and a half months after giving birth to Anzel. The recovery process after my c-section took much longer than anticipated and I could only really get back into training in April, and that left me with not even 3 months to get racing fit for a 42km race. The real challenge, however, was to condition myself to run on proper mountain trails again and to be race-ready, something I haven’t been since Hong Kong 100 in January 2020, a long time ago… I realised that muscle memory and racing experience would have to carry me through the marathon distance. But boy, I was hungry to get racing again, to do what I love, to push my limits to see what I was capable of after the return.

Race day started around 04:15am, getting ready and having breakfast well before the race start. Trying not to wake the kids was the real breakfast of champions, as that would have given a whole new speed to the pre-race routine.

Just as I was ready to leave with Christiaan to where my lift picked me up, Anzel woke up, hungry of course. Breastfeeding happened en route, but afterwards she was happy and I could go racing with a peaceful mind.

I was so excited to be on the start-line of a race again, I was literally hopping up and down. Reliving those moments brought back some fond memories, where the commentator says your name, cracking jokes left and right, everyone’s buzzing with energy… It is all so exciting. However, the all too well-known nerves were present as well and all the fears of not having raced properly in so long.

As per my coach’s advice, I started off really conservatively as I knew the first 10km was a tough 1000m ascent up Cradock pass. I had to get up there somehow, with energy to spare for the rest of the 30 km’s ahead, wondering if I would have the legs at all to cover the total distance with so few long runs in my legs (my longest run was 22k with 600m elevation…).

After the first checkpoint at around 11k I was in 4th position, with the 5th lady breathing down my neck. From here onwards, I established a good rhythm and loved the breathtaking single track that followed for about 6km’s. It was mountain running at its best. Not too technical of a trail, up and down and majestic views.

Then there was the climb up Dizzy heights… the steepest climb of the day. Definitely called that way for a reason! You have no idea how you get from bottom to top. You climb that hill, even if it’s handeviervoet – basically like my little boy would climb, hands and feet all up close and personal with the ground. It was quite something to remember.

I was at this point that I started catching up with the ladies, to my surprise. Before I knew it I was running with Sam Riley and then Mia Uys, who was in second position at that stage. I had no idea where the leading lady was, I knew I just had to keep momentum and to keep fighting, which is not an easy task when your target is out of sight.

I tried to focus on my ultimate goal of simply enjoying and finishing my first race back, so I tried to push the thought of winning out of my mind. I was determined to put one foot in front of the other and concentrated on the scenery. To look around and take all of it in sometimes passes by when you race. You can miss out on soaking up the atmosphere.

Mia and I ran together for about five kilometers on the next part, a lovely trail. It was some of the best running I’ve had, the trails and views were incredible. We basically ran together until the next checkpoint, Tierkop Hut, at about 24km’s.

From there it was downhill running all the way to the dam, and I could feel my quads were very unconditioned and they took some serious shots. But I loved every minute of it! I had that ‘this is why I love what I do’-feeling!

The next 5km was fairly flat running and I had to motivate myself to keep concentrating if there was any hope of catching up with the leading lady. I enjoyed finding my competitive streak again and had a jol out there pushing myself.

At about 31km’s, there was a long, jeep track hill and I decided to run it. As much of it as I could, even though the hill had that never-ending feeling… But we eventually reached Tonnelbos, a tricky section, yet so beautiful. A lush fern forest that leaves you feeling like there must be fairies around the corner.
I once again felt so unconditioned for the technical parts and I took another set of shots.

Suddenly, at 35km’s, I caught a glimpse of Rebecca Pretorius, who was in the lead. Seeing her race bib was like… a hungry lion seeing prey. Right there, I decided I was going to win the race. I got a little ahead of myself… but I reached her eventually and attempted to pass her.
She was not going to let go either. She stuck to me recklessly. I could not get out of her sight!
We ran together for a while, it was really enjoyable and we had some lekker chats, but ended up putting on our game faces and raced. It was like a game of cat and mouse, while attempting somehow to reach the end in one piece – because let me tell you, I was hurting badly at 36km.. My toes felt like they were turning blue and I was really tired. I popped one last gel for energy for the remaining few kilometers – which helped me with a last boost.

Henry’s Hill was approaching and was a proper sting in the tail, we continued to run it together. It had a flowy single track afterwards and we then got spat out at the final jeep track.
I knew there was about one kilometer to go, and if I wanted to make a move it had to be there. I ran as hard as I could and felt Becca dropping behind a bit. Then there was the downhill to the end, where she could catch up with me. I sprinted down there with a terrifying speed, I gave everything I had.

At the bottom was Christopher and Christiaan, cheering for me. I got a big high five and a ‘go, mamma, go!’ from my son on his bike on the trail. I was elated, I cannot express the joy I felt seeing them.
It was worth it, all of the suffering, all of the fighting. The marathon.

I thoroughly enjoyed giving my all and there truly was nothing left in my tank when I finished. I was indeed happy with a successful come-back.

What is a race without the people behind it?

Without Christiaan there is no way that any of this would have happened. Countless hours of babysitting when I had speed sessions, massages, biokineticist sessions. He was just incredible. He’s a super human, actually.
Christiaan really helps me to achieve my goals, to become the best version of myself and to compete how he knows I love to.

Then to the race organizers, who put on this race in such challenging times. The announcement of level three just before the event… and yet, they pulled it off, they pulled a hare out of a hat. Well done to the team behind the scenes!

And to my heavenly Father, who blessed me with an ability to run, for an injury free run. Something not to be taken for granted.
The health, mobilitly, the freedom, the mountains. 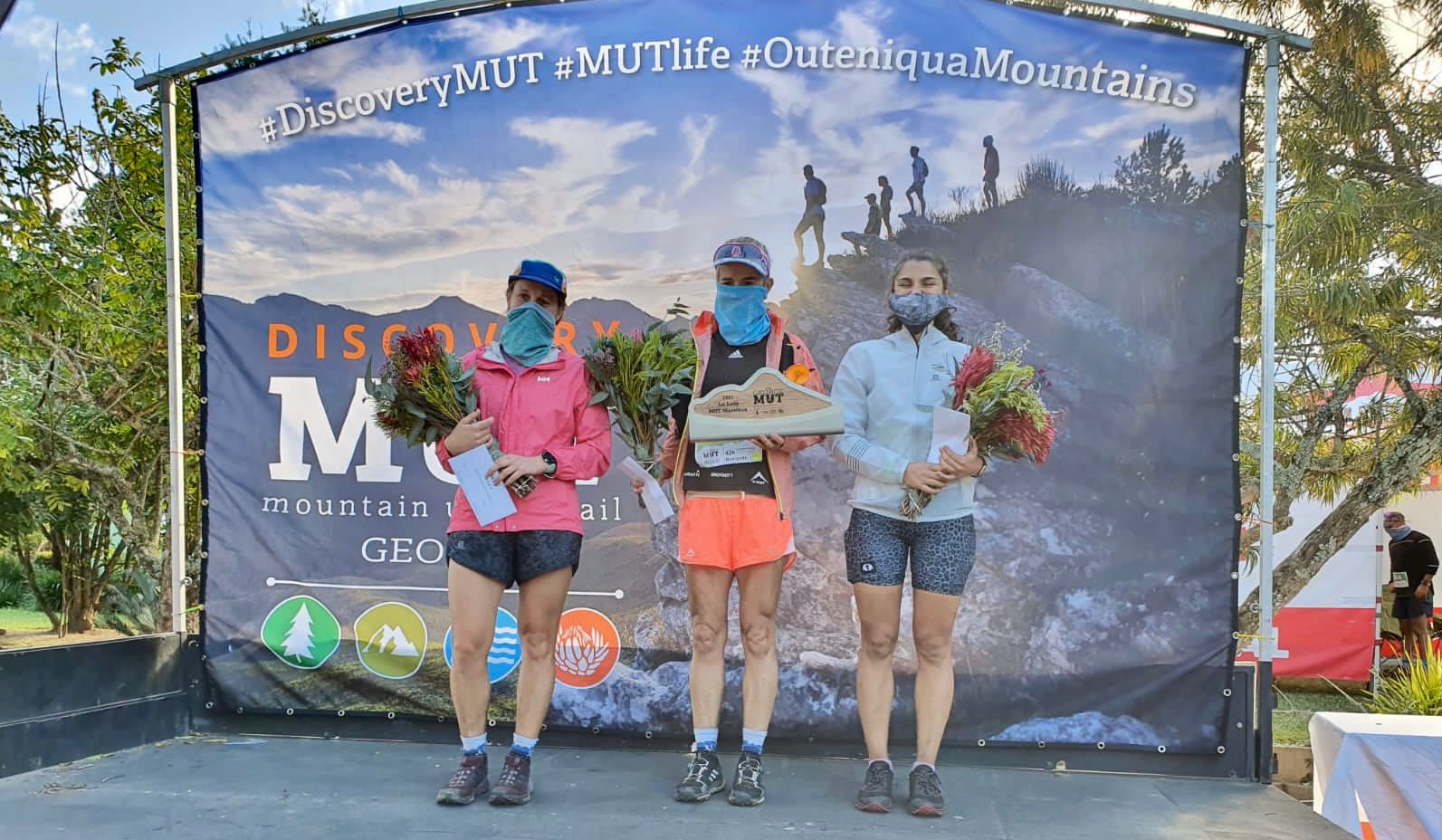 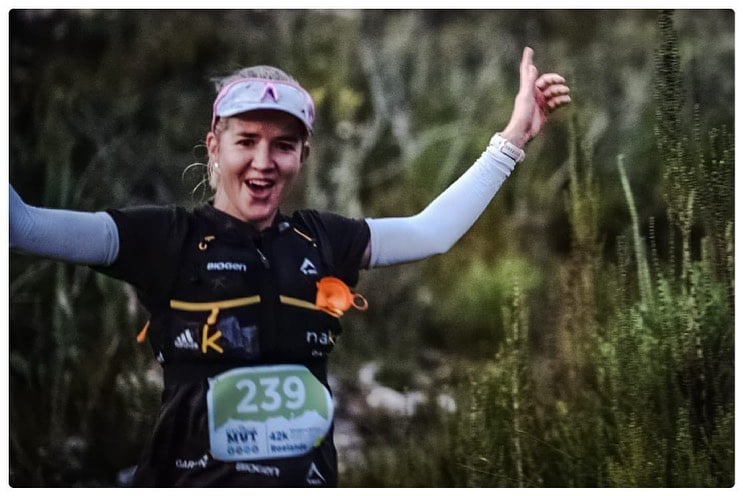 ← On mental toughness
We use cookies to ensure that we give you the best experience on our website. If you continue to use this site we will assume that you are happy with it.Ok