It never gets old!
Here's why it's for you, too. 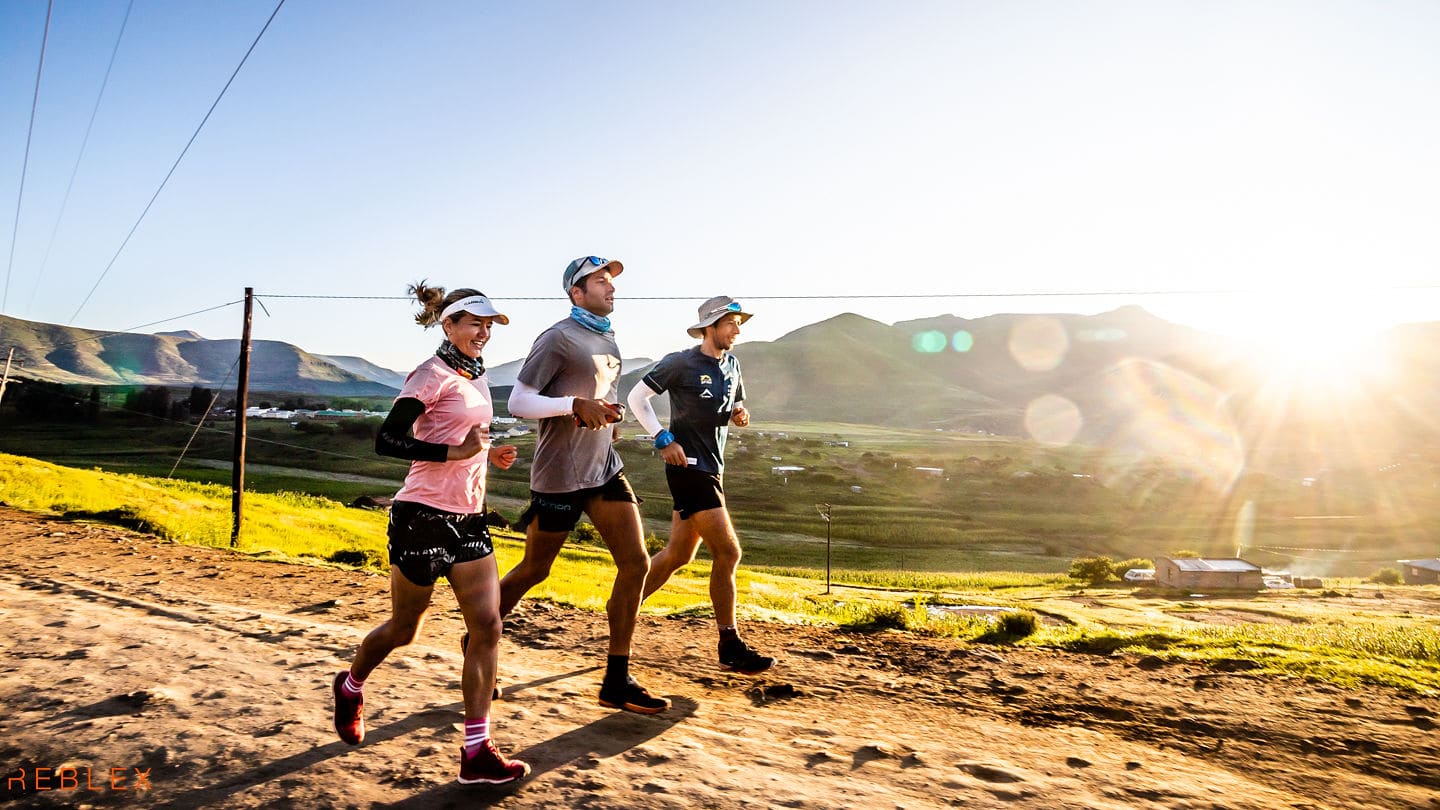 Thanks to http://rootedindirt.com (Simon de Waal) who did the research for this valuable secret.

Polarized Training (PT), you might’ve heard of it – but what is it really? Everyone has their way of training, and PT is certainly a popular method of training for endurance athletes, but what is the science behind it? Does it work, and how does it work? Luckily for you – I’ll be addressing all of these questions in a review of the current scientific evidence behind PT.

PT is a way of training used by all types of endurance athletes – including runners – which requires the athlete to spend the vast majority of their training time at low intensity/pace and the remainder of their training time at very hard intensity/pace. For those of you familiar with Borg’s Rating of Perceived Exertion (RPE) scale from 6 (rest) to 20 (maximum exertion), this equates to the vast majority of training being done at ⥶13 (light) and the remainder done at ⥸17 (very hard) and no training (or very, very little training) done at 14 – 16 (hard or race pace) (Hydren & Cohen, 2015). Typically, any high intensity training sessions (⥸17) are separated by one or more very light training sessions (Hydren & Cohen, 2015).

What other types of training models are out there?

There are several types of training models actually, and it’s possibly easier to understand PT when comparing it to other kinds of models. Other models include; Threshold training (THR), High volume training (HVT), and High intensity interval training (HIIT) (Hydren & Cohen, 2015).

To help you understand the training intensity distribution of PT better, see Table 1 below adapted from Hydren & Cohen (2015):
Table 1: Endurance Training Models and Their Training Time at Varying Intensities
Training Model % Training Time at
RPE ⥶13 % Training Time at RPE 14 – 16 % Training Time at RPE ⥸ 17
Polarized Training 75 – 80 0 – 10 15 – 20
Threshold Training 50 – 60 40 – 60 0
High Volume Training 100 0 0
High Intensity Interval Training 50 0 50
In a research article by Stoggl and Sperlich (2015), researchers at the department of sport science and kinesiology – University of Salzburg, it is stated that elite endurance athletes tend to train at 80% low intensity and 20% high intensity (weekly mileage), and typically that includes at least two HIIT sessions per week. They go on further to state that after comprehensive analysis of the four training models above, PT appears to be the best type of training model in terms of improvement in several key components of endurance performance, namely; peak oxygen uptake (VO2 Peak), velocity at lactate threshold, work economy, peak running velocity, and time to exhaustion.

The reason there are ranges in percentage training time at particular intensities given in Table 1 above, is because exactly how much training done in each intensity zone is dependent on what period of the training calendar you find yourself in. Typically, high level endurance athletes tend to spend; 84 – 95%, 2 – 11%, and 2 – 9% of their training time in zones 1, 2 and, 3 respectively during the preparation period of their seasons (Stoggl & Sperlich, 2015). This is a relatively larger portion of time spent in training zone 1 in comparison to training intensity distribution before the competition phase of the season. In the pre-competition phase, runners tend to shift to a more pronounced polarized training intensity distribution with 75 – 78%, 4 – 10%, and 15-20% of training spent in zones 1, 2, and 3 respectively (Stoggl & Sperlich, 2015). There is an apparent shift towards a greater portion of training time spent in zone 3 during this phase of the season. It is currently unclear exactly how training intensity distribution is split during competition phase for high level endurance athletes owing to the difficulty of recording this information during this phase (Stoggl & Sperlich, 2015).

While many international, Olympic, and high level athletes make use of PT as their preferred training model (Stoggl & Sperlich) (Hydren & Cohen, 2015), this is not reason enough to state unequivocally that PT is the best training model. However, several experimental studies have been conducted in the past decade which provide such evidence. In Table 2 below, I have summarized the key aspects of these studies.
Table 2: Summary of Recent Experimental Research on PT
Author Endurance Sport Level of Athlete Research Question Findings
Neal et al. (2013) Cycling Well trained Does PT or THR training improve physiological adaptations more? Peak Power Output (PPO), time to exhaustion (TTE) & lactate threshold (LT) significantly improved in PT vs THR.
Munoz et al. (2014) Running Recreational Does PT improve performance in recreational runners in comparison to THR training? Both PT and THR training improves 10km time, but more so in PT training.

Stoggl & Splerich (2014) Runners, cyclists, triathletes, cross country skiers Well trained Which training model (PT, THR, HVT, HIIT) provides the greatest response on key endurance components? PPO/ Peak Velocity Output (PVO), TTE, and VO2 Peak all improved after PT training. Velocity/power at LT increased after both PT and THR.
In the study by Neal et al. (2013), several possible reasons were given for the improved training response in PT vs THR training. Neal et al. (2013) suggest that improvement in PPO, TTE and LT is multifactorial. It is suggested that improved mitochondrial density and a resulting improvement in production of ATP, is enhanced in PT compared to THR training. In endurance athletes with an already high mitochondrial energy production capacity, there may be other reasons for this relative improvement in PT trained athletes. It is suggested that their relative improvement is owing to the HIIT (zone 3) done in PT compared to moderate intensities (zone 2), done in THR training. The ability of athletes to transport and oxidate lactate (use lactate as a source of energy) is cited as one of the possible reasons for their improved lactate threshold, time to exhaustion and PPO following PT compared to THR training (Neal et al. 2013). This improved use of lactate and other exercise substrates helps maintain pH within cells and delay the onset of fatigue during high intensity tasks (Neal et al. 2013). The ability to maintain cellular pH, improved capillarity (ability of your cells to use oxygen and create energy), and other cardiovascular adaptations are all contributing factors to improved LT, TTE and PPO. These adaptations are notably stimulated in zone 3 training compared to zone 2 training – another potential reason why PT may improve training adaptation compared to THR. The final mechanism suggested by Neal et al. (2013) as to why PT training improved PPO, LT, and TTE in trained cyclists compared to THR training is to do with recovery. Recovering from zone 1 training takes much quicker than recovering from zone 2 and zone 3 training. However, recovery from zone 2 training has no difference to recovery required after zone 3 training (Neal et al. 2013). Therefore it makes sense that if there are larger physiological adaptations in type 3 training compared to type 2, and the recovery requirements are similar, that type 3 (PT) training is more effective than type 2 (THR) training.

In research on recreational runners, Munoz et al. (2014) found that runners taking part in PT training significantly improved their 10km time trial by approximately 5% or 119 seconds. This is in agreement with Stoggl and Sperlich (2015), who suggest that longitudinal research suggests that PT training has a positive effect on performance of endurance athletes. Both groups of researchers are in agreement that PT is not the only way to train however, and that THR type training is also an adequate method of training for endurance athletes yielding similar improvements in performance – for example 3.5% or 84 seconds for recreational runners in their respective 10km time trial (Munoz et al. 2014).

In the study by Stoggl and Sperlich (2014), it is suggested that PT is the superior training model for endurance athletes. While THR and PT resulted in increased velocity at LT (running at high intensity), PT resulted in superior improvement in VO2 Peak (highest VO2 value obtained on a running test), TTE, and PPO/PVO. PT athletes in this study did approximately 68% of their training in zone 1, 6% in zone 2, and 26% in zone 3 over 9 weeks for the PT model. The authors suggest that training in zone 1 (HVT) improves metabolic and hemodynamic (dynamics of blood flow) adaptations, VO2 Peak and ability to utilize fat and glucose for energy. However, there comes a point where VO2 Peak and performance will plateau, in which case HIIT sessions are needed to stimulate further improvements in endurance performance – in other words – PT (Stoggl & Sperlich, 2014). Adding HIIT training to your training program will result in increased stroke volume (amount of blood pumped by your heart) and total blood volume, as well as your ability to use oxygen, and enhanced aerobic (oxygen dependant) and anaerobic (not-dependent on oxygen) energy systems. The improvements in these systems are attributed to increased mitochondrial biogenesis/density and oxidative capacity which is in agreement with the findings of Neal et al. (2013).

A polarized training model is a great way of training, regardless of your gender, age, sport, or competition level (Hydren & Cohen, 2015). The tricky part is actually sticking to a training program that does <10% exercise time in zone 2. Runners seeking to use PT should make use of heart rate monitors, pace, and ratings of perceived exertion to help gauge whether they are in zone 2 or not. Hydren and Cohen (2015) recommend that during competition season, the natural tendency of races to take place in zone 2, means PT should be used during training to prevent too much relative training time taking place in zone 2. Furthermore, switching the training model from time to time may prove fruitful for runners and endurance athletes (i.e. not only using PT throughout the year) (Stoggl & Sperlich, 2015).

← Hugh Hacking Completes the Tot Dret Family, Training and Work →
We use cookies to ensure that we give you the best experience on our website. If you continue to use this site we will assume that you are happy with it.Ok